On the 22 of this month we featured an exclusive from Harry Whitewolf’s Route Number 11: Argentina, Angels & Alcohol and Harry has very kindly returned to answer some questions about his book.

Route Number 11 is a true story – is this your story or someone else’s and can you tell us more about it.
It is indeed my own true story, although as I say at the beginning of the tale: “This story is true, but then truth is always subjective,” because any true story will always be biased from the writer’s point of view. I chose to write it in a third person narrative so that it’s somewhat detached from me; it allows me the freedom to play a character- who is frank and open, as well as being a bit of a caricature.
The book itself is about my backpacking trip to Argentina, and across neighbouring borders into Chile, Paraguay and Brazil. Being fresh out of a long term relationship and following spiritual signs is what led me there in the first place.
Route Number 11 is a book set in Argentina following a character as he travels around. The character is nameless, why didn’t you want to give him more of an identity and can you tell us more about him.
The nameless tourist is so called for several reasons. His lack of identity fits the desolation and isolation of much of his journey. Being newly single, he’s attempting to let go of the past and find a new future; coupled with being in a foreign land where he’s immersing himself in the Nowness of Being. The journey is about him trying to find a new purpose, a new future, and a new self.
To quote from Route Number 11: “He’s (been) trying on different faces, seeing if one will fit. He’s not who he used to be after all… That’s why tragedy exists. To break old patterns and move on. The company of others has allowed him to be the chameleon. He’s melded into each new person he’s met. Become a part of someone else’s world; tried their way of living on for size.”
I have wondered whether readers of Route Number 11 have picked up on the fact that ‘the tourist’ is never capitalised- for The Tourist would be as much of a name as any other.
Can you describe to us the type of things that the character sees (feel free to use snippets from the book).
It might thus far sound like a story of isolation, but there’s plenty of action and an array of people he meets along the way. His journey shifts from ultra hedonistic, girl chasing, beer drinking behaviour to peacefully climbing Andean mountains with incredible condors in the sky. Here’s a few snippets from the book:
“Driving down deserted early morning roads. Round and round. Round downtown. Through naked streets. Lips pursed on two litre bottles of beer, but pursuing the lips of freedom’s night. Swapping cars. Winding up at karaoke bars or Bolsi- the best place in town. For the food. For the folk. For the service. For the crema de papaya. And for that late night dawn’s whiskey coffee.”
“Sea wolves with salty manes and blubbering bellies that engulf their whole bodies, lie on top of each other in piles of perfect ugly beauty. He stands amongst them in the sand, as they groan and murmur in restless dry voices.”
“Iguazú Falls certainly is one of the greatest natural spectacles on the planet. It makes Niagara look like a dripping tap.” 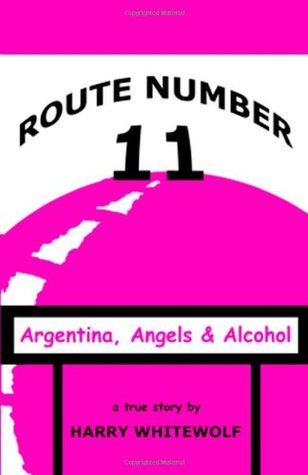 The character is guided by signs on his journey, can you tell us a little bit more about this 11:11 Phenomenon and how it is dealt with in your book?
As I say in the book: “You’ll have either heard about the 11:11 Phenomenon or not and chances are you ain’t, unless you’re affected yourself or have a crazy friend affected by it.”
Years ago, I started ‘seeing’ 11:11 everywhere. I’d look at a clock and it’d be 11:11. Change in a shop would be £11.11. A document I’d written would be 111 words. A pay cheque I received was for £1111.11. At the time, it was just an odd quirk- and I saw it as a part of my synchronistic communion with the oneness of the Universe. But years later, I found out that thousands and thousands of people around the world have been experiencing the same thing, and all thought they were the only ones experiencing it. Some believe it’s a spiritual wake up call, some believe it’s the sign that we’re living in a computer programme and, of course, some see it as being boll**ks!
11:11 accompanies the tourist in Argentina as much as it does anywhere else.
This is a book for “any man that’s been lost after losing his love,” is this a personal loss you have felt or is this tackling wider issues? Can explain the foundations of this story – where did it come from?
Nine months after a messy break up with his soulmate, the tourist finds himself boarding a plane for Argentina. How many others try to escape from such things by moving on literally? Whether it’s a romantic relationship coming to an end, or a close friend dying, such things often seem to force us into living and behaving differently and more irrationally. To quote from Route Number 11 again:
“Ultimately, everything and everyone is gained and lost. The bit in between is life with its lessons, adventures and fun.”
Who are your target audience with this story?
The book is written in beatnik type prose, structured unconventionally, and often poetic and alliterate- a little like Jack Kerouac, Allen Ginsberg or Hunter S Thompson, but still with my own unique voice at the centre. Though at the same time as being the fast moving, hedonistic, beat driven narrative that it is, it’s also coupled with more reflective spiritual insights and motives of looking for purpose, like a Paulo Coelho or Richard Bach book. I describe it as a “Mind, Body, Spirit book with sex, drugs and reggaeton”, as hopefully it will appeal to readers of the beat generation, or William Sutcliffe’s Are You Experienced, or the Douglas Coupland layabouts, as much as to those that enjoy travel books, memoirs and spiritual ponderings. I guess it’s the Beat version of Eat, Pray, Love.
What is your favourite part of the story (again you can use a snippet if you like)?
It’s got to be the first chapter, where the writing of it seems to be as much of a blur as living it. “Three whole non-stop weeks of Devil City dancing and drinking,” in Asuncion, the capital of Paraguay. Here are some tasters:
“Scoring coke at the jazz club, just because he can. Snorting coke at someone’s somewhere house. Suggesting a club at two a.m and then: banging and hanging, winding and grinding and drinking. Sinking one after another. Getting down at the conversely called Glam club.”
“The humid hustle of the market, with the smell of burgers, bacon and butchered naked meat. Fruit, fresh tobacco, dirt, desperation, contentment and money.”
“Fishing for punters in fishnets, Paraguayan prostitutes stand bored on street corners.”
“Third night? Third week? The tourist doesn’t persist with his question. The city’s the best one. The tourist’s on the go. The tourist’s in the know. Knows the locals. Knows the travellers. Knows the hip bars. Knows the hip clubs, and the strip clubs.”
And finally what is next for Harry Whitewolf as an author?
My second book is nearly ready to be published: The Road To Purification: Hustlers, Hassles & Hash. It’s a sort of sister book to Route Number 11. Want an exclusive? Well, O.K! Here’s the not yet seen blurb to the book:
When Mad Harry spontaneously books a flight for Egypt, he doesn’t know that he’s about to embark on a fate given pilgrimage.
In fact, he’s not even sure why he’s going, or what he’s going to do when he gets there.
All he knows is he’s got to get away.
Guided by signs in numbers, names and otherworldly encounters, Mad Harry’s trip often seems to be a magical manifestation of his mind.
A crazy headed, hassle driven, sleep deprived, dope smoking journey with non-stop tests of trust and temptation.
A holiday this is not.
This good humoured true story is told in a frank, rhythmic and playful voice. Set in 2010, shortly before the revolution, it’s a backpacking odyssey through tremendous temples, towering pyramids, chaotic cities, small villages and dirty beaches, with a backdrop of ancient spiritual gnosis!
A post-modern, pot smoking Egyptian pilgrimage.
You can buy Route Number 11: Argentina, Angels & Alcohol from Amazon now: http://www.amazon.com/Route-Number-11-Argentina-Alcohol-ebook/dp/B00DSCBFFQ/ref=sr_1_1_bnp_1_kin?ie=UTF8&qid=1411047810&sr=8-1&keywords=route+number+11
And check out Harry Whitewolf’s Author page on Goodreads https://www.goodreads.com/author/show/7156759.Harry_Whitewolf
Or his personal site: http://www.harrywhitewolf.com
Advertisement

This entry was posted on Thursday, September 25th, 2014 at 12:00 am and tagged with book blogger, book promotion, books, exclusive, indie author, indie promotion, indie writing, interview and posted in Advertising, Interview. You can follow any responses to this entry through the RSS 2.0 feed.
« The Science of Loving
Mexican Radio and Other Short Stories »