The Awakening of Abraham Brown

Here’s an extract from The Awakening of Abraham Brown by Graeme Smith. 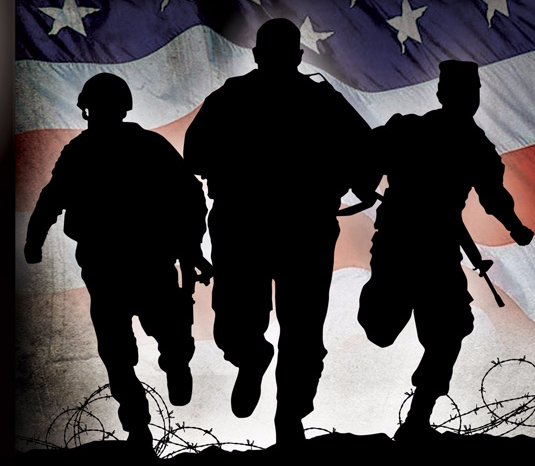 As he lay there, the bayonet plunged deep into his left shoulder piercing his dark skin, cutting through the flesh and then striking the scapula.

The German smiled as he twisted his rifle around, intensifying the pain and discomfort so much so that Abraham Brown was at the threshold between consciousness and unconsciousness. Abraham looked up and released a deep sigh – his whole being relaxed – mind, body, and soul, and deep within his psyche, all the pain that he had suffered in life together with his father, grandfather and all his ancestry since being taken from Africa as slaves two centuries before; all this pain, struggle, strife, everything, it all just melted away.

In his mind’s eye he could see the truth, the truth that everyone looks for in life but rarely finds. His whole body was limp and he just lay there and looked up deep into the German’s eyes. The German was called Hans Gruman; his two sons and wife had been killed in an Allied bombing raid two years before. He was full of hate – hatred of the English, Americans and Allies. He had been a good man at heart but life and the war had eaten away at that goodness and turned him slowly into a monster.

Abraham Brown lay there in pain, watched by the other five Germans and his two fellow American comrades. Hans pulled the bayonet out of Abraham Brown who now felt no pain and prayed silently in his heart. Hans raised the rifle high above Abraham’s chest directly above the heart and uttered the words in German, “Die, black dog, die.” Just as he intended to thrust the rifle’s bayonet deep into Abraham’ s chest and heart, their eyes met again, but this time in just a microsecond of time Hans saw the monster he had become. All the hate and blood lust was reflected back by Abraham’s soul-searchingbrown eyes. Hans let out a scream and dropped the rifle. He staggered over to a raised clump of soil and grass, looked up into the heavens and slowly unholstered and drew out his side arm Luger. The other Germans had no idea of the horror Hans had seen when his eyes had met Abraham’s and now they thought he was play acting some sort of game before killing the three American servicemen. Hans stood there looking to the heavens, his once smart uniform dishevelled and war torn. His face, hair and hands were dirty.

I am so excited to share this next book with you all. In The Trenches is a collection of incredible war based short stories and they really are incredible. I was very fortunate to get to read these stories before publication and they are definitely some of the most moving pieces of literature I’ve ever come across.

“In the Trenches” is about wars spanning history and taking place all over the world. Killing without mercy, bodies blown to bits before your eyes; Physical and mental devastation. Peer into the heart, mind, and soul of a soldier during active duty and beyond. War forever changes men and women, and impacts everyone around them. See through their eyes. View the horror of combat. See how it plays out when they come home to family and friends.